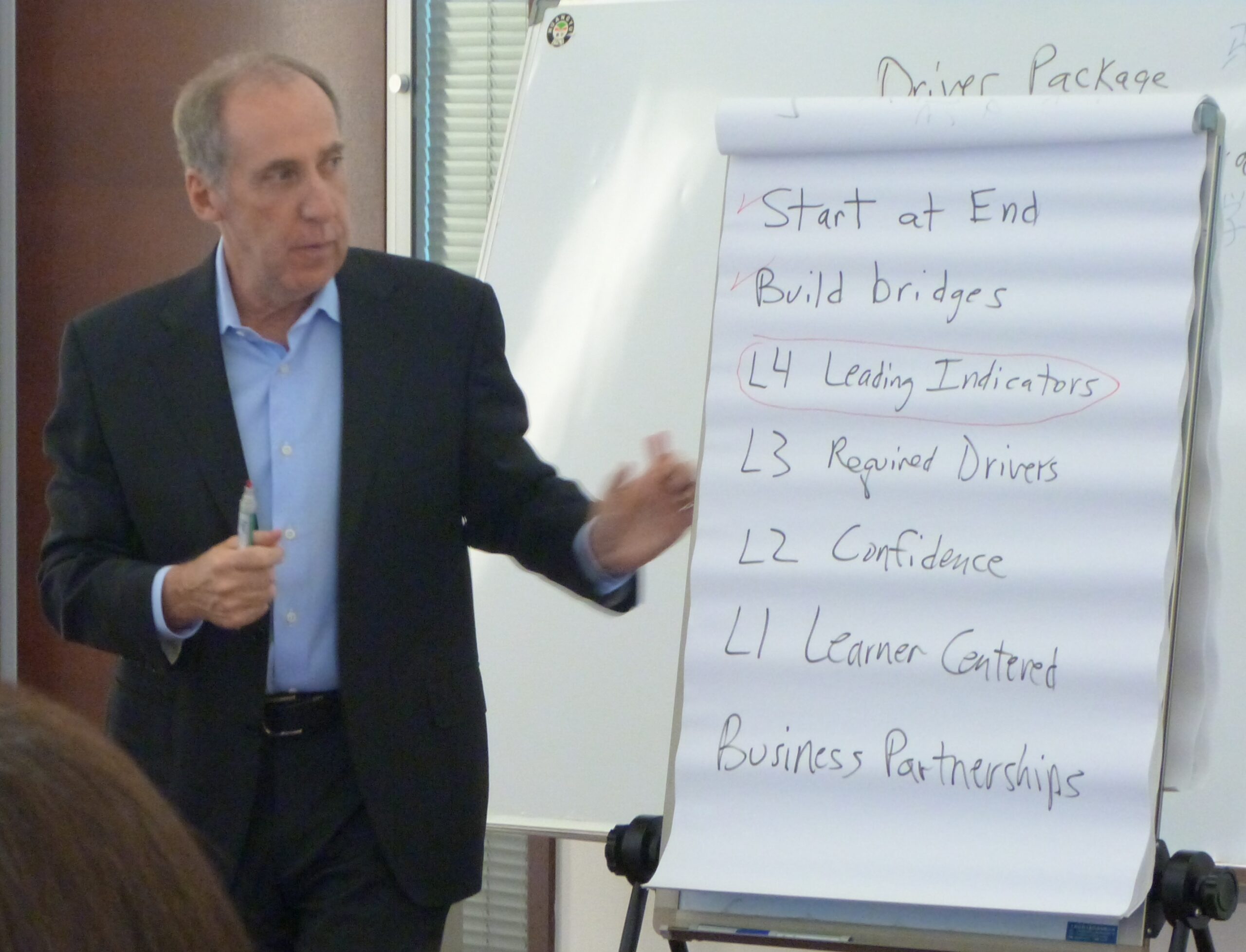 I was sitting in front of an audience of 2,000 people in Calcutta, India in November of 2002 at the India Society for Training and Development (ISTD) annual conference. I was on stage as one of the three keynote speakers talking back-to-back-to-back on the future of learning in India.

The first two speakers read directly from their notes, heads in the podium, in monotone voices. Their messages were ironically something about how we need to make learning more interactive, more personal and more dynamic.

Even though I was an unseasoned speaker, I could feel the audience slipping away. As the second orator finished, I had two thoughts. One was, “I am set up to fail; the audience is gone.” The second was, “Well, I am not going down without a fight.”
Thus, my defining moment was at hand.

During the five-minute break before I was on, I asked for and received a lavaliere microphone, took off my tie, glanced at my notes before putting them back in my briefcase and took a few deep breaths. My memory of the next 30 minutes is a bit fuzzy, but I generally recall moving with the energy around the room, speaking with passion and actively involving my audience. I knew it was a gamble because I was breaking protocol.

The final portion of the program was a question-and-answer session, with the three speakers taking questions from the floor. Over the remaining 30 minutes, 12 questions came from the audience, and all 12 were directed to me.

My point is twofold. First, this defining moment changed me. To this day, my style of speaking and teaching is the same, and the results are often the same, as well. Second, it didn’t happen by accident.

In our previous newsletter, I wrote about defining moments that likely lie ahead in the new year. Some of you liked it — terrific. Here is the second installment with some practical suggestions you can use to increase the odds of your moments finding you, as one found me in 2002.

1. Decide that you will not leave your defining moments to chance. It is important for you to decide to stack the odds in your favor. This means making a conscious decision that you are not going to be an avatar – a clone of what society in general and our industry specifically are attempting to mold you into. Do not take the low road and say a lot of words without saying anything controversial or potentially disruptive. Focus on impacting people.

2. Put yourself in a position to be influential. I worked hard to be invited to speak in Calcutta. While I wasn’t sure what I was getting into, it was a situation that I thought would help position me to someday take the four levels torch from my dad. I did that by asking him to introduce me to some of his colleagues, following up with them to build relationships and actually asking to be invited. While I know I was bold, I was careful to be bold for the evaluation mission, not bold for my own ego. I was also careful to market myself based on their needs and how I could help.

I specifically recommend that you identify a few potential opportunities that might move your career and life ahead during 2017, and go after them.

3. Once a promising door or window opens, go for it. Continue to be humble of self and bold for the mission while preparing for and delivering on your promises. Don’t be afraid that some will be threatened or critical of what you do; they will. The goal is not to go unnoticed, but to enlighten and influence others to be equally mission-bold.

When you get your chance to help your defining moment find you, I would be most appreciative if you would let me know. My direct email address is inquiries@kirkpatrickpartners.com. We will gather together some of your stories and, with your permission, publish them in a June issue of our newsletter to inspire others.

How are you going to go after your defining moments in 2017? We’d love to know. Here are some ways to join the discussion.

Register with us to receive Kirkpatrick Quick Tips delivered to your inbox each Wednesday.

Are You Better Than an Avatar?